Following the completion of Autumn Woods Sunset 2014 http://gallery-nj.blogspot.co.uk/2014/09/autumn-woods-sunset-2014.html I have started a similar work, this time from a different location with different trees.

28th November 2014
Not much work this week a few more leaves and trees!! 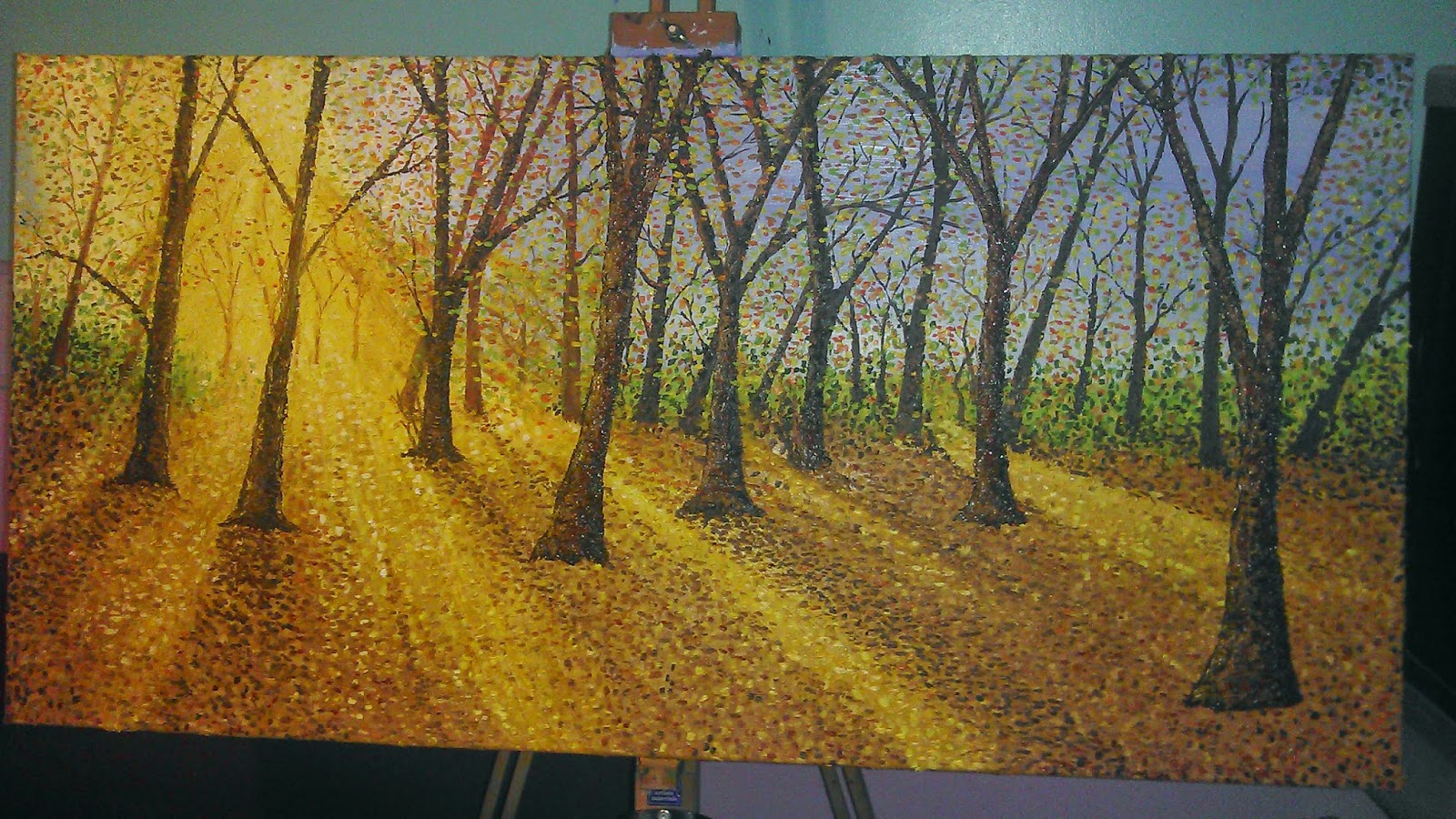 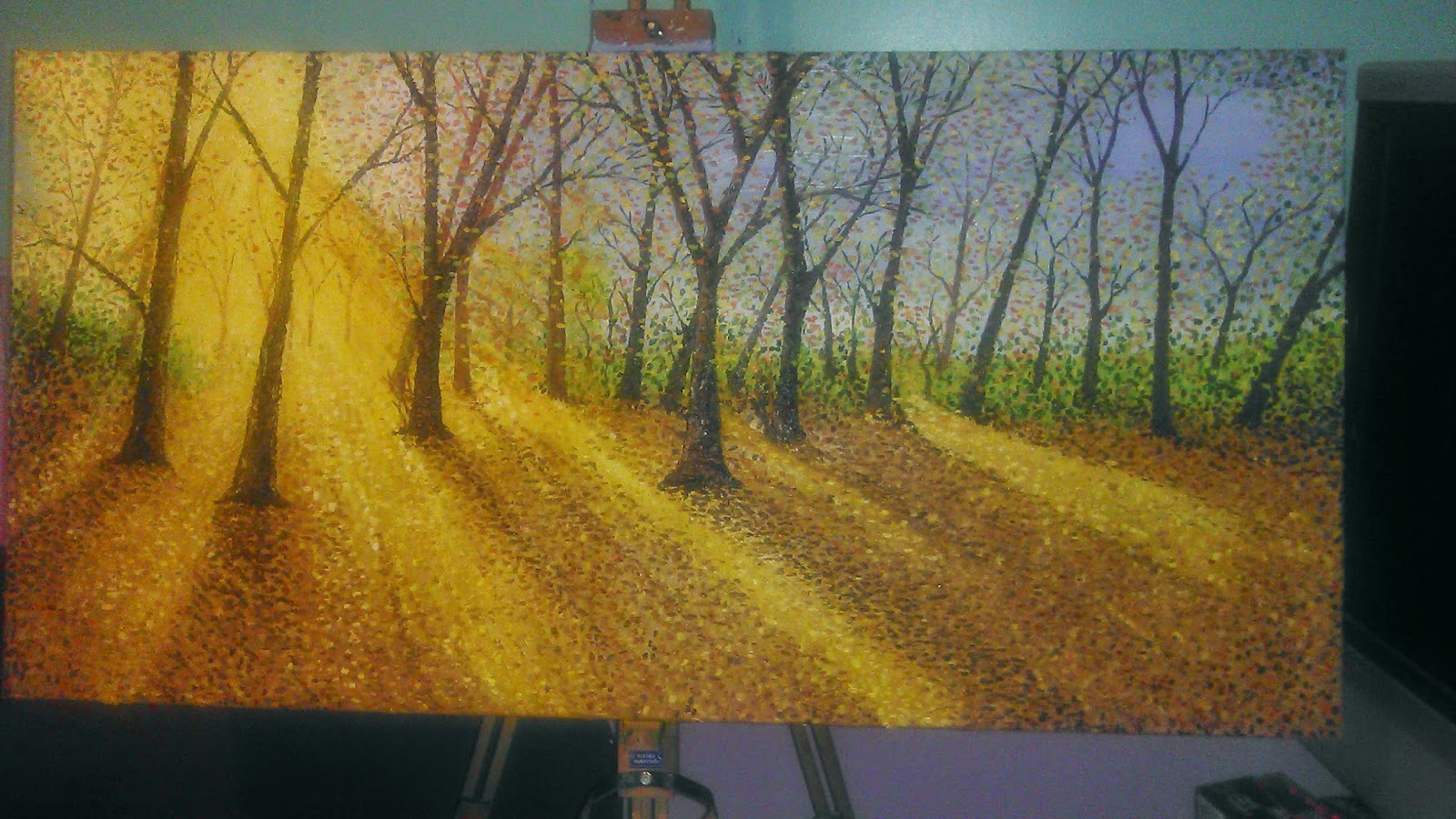 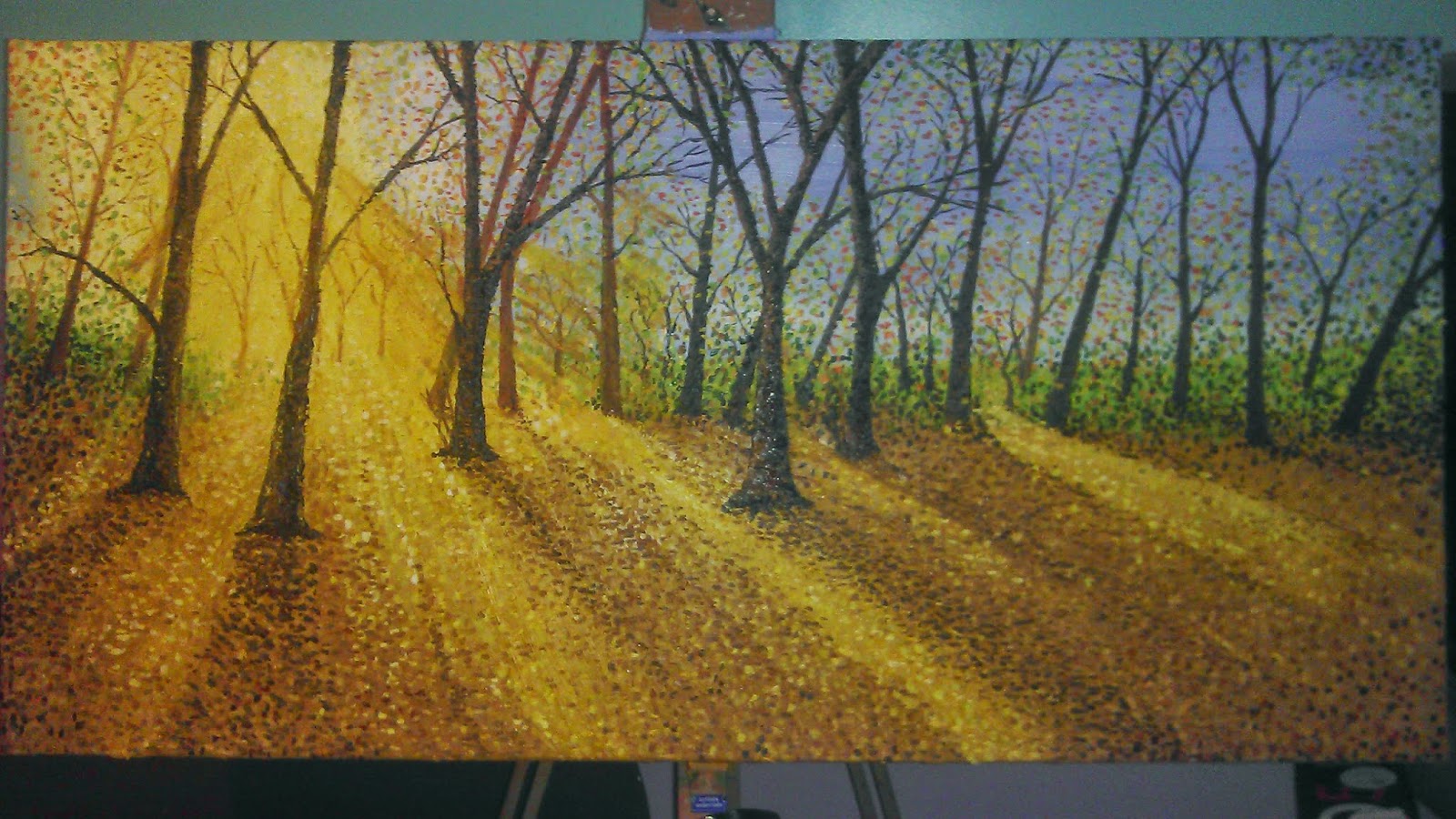 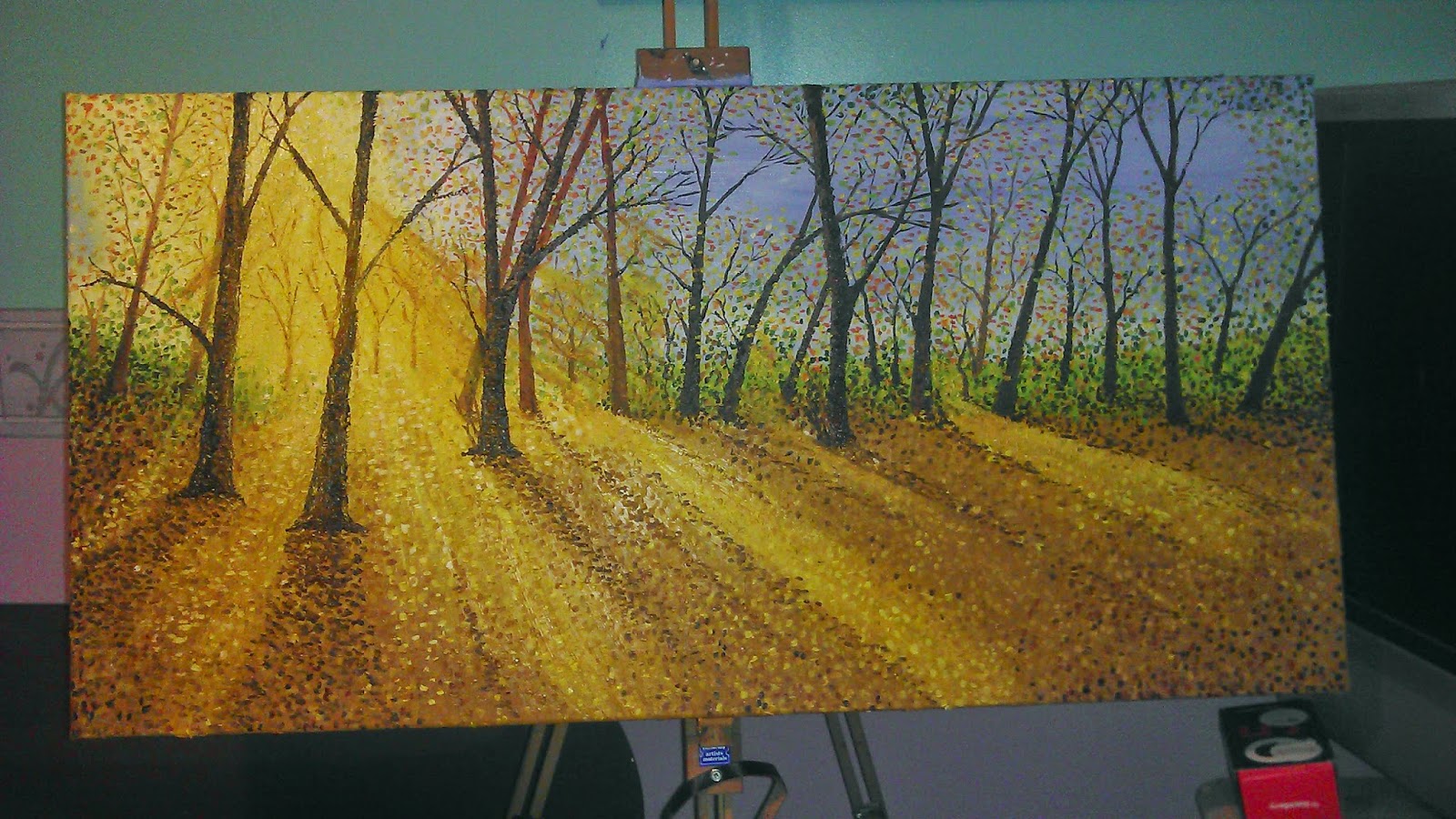 19th November 2014
Well the trees are getting closer!! 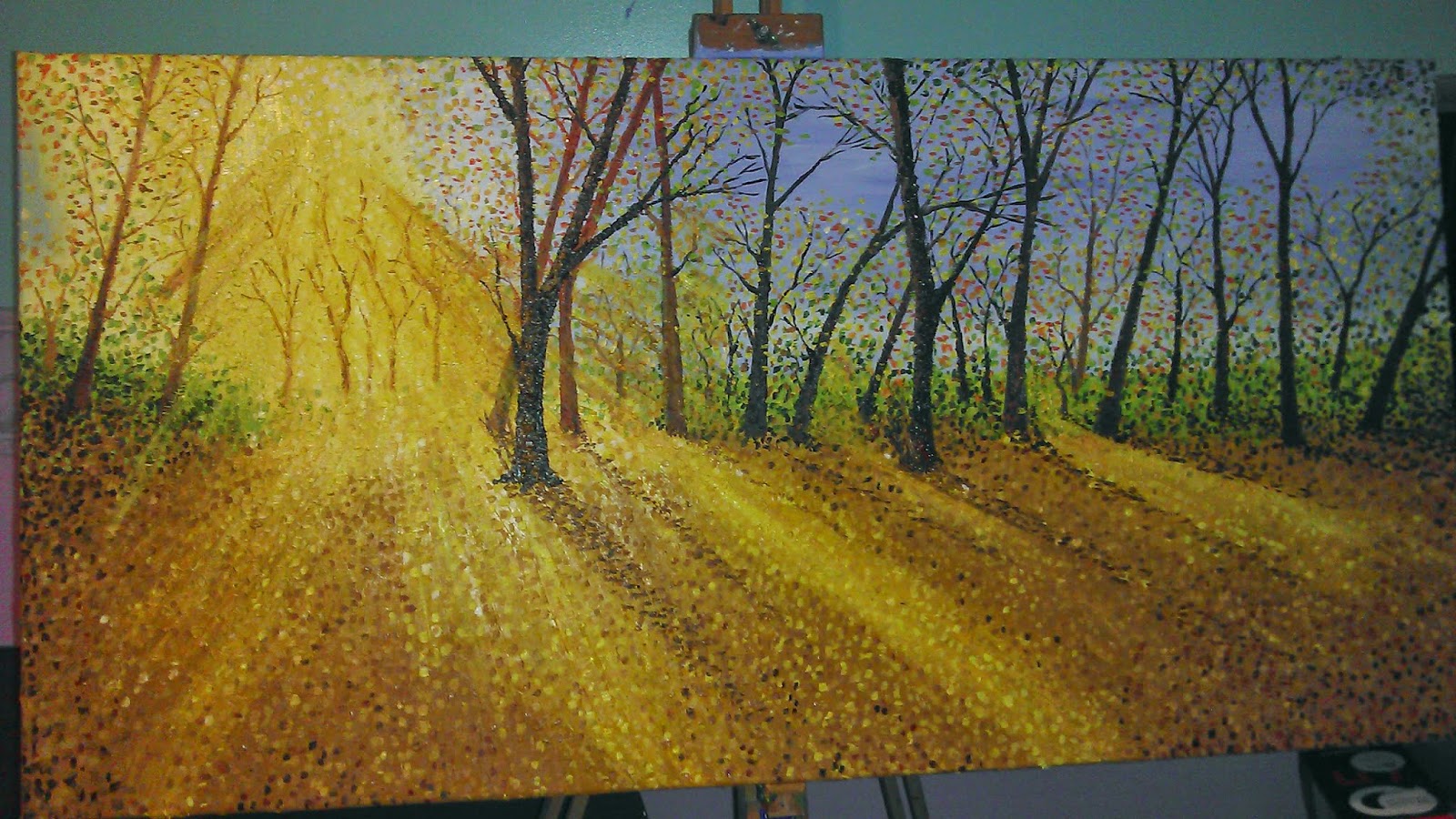 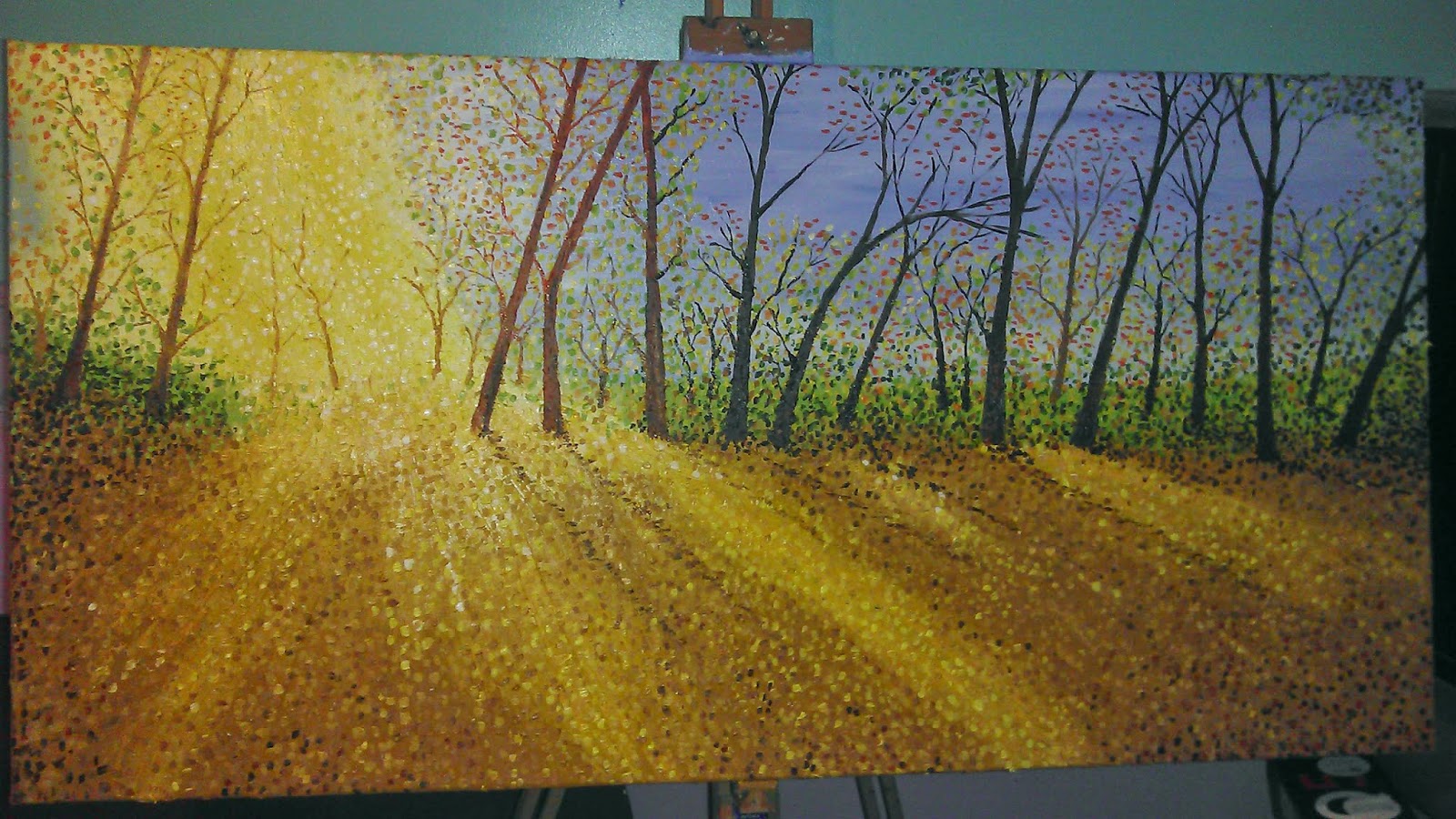 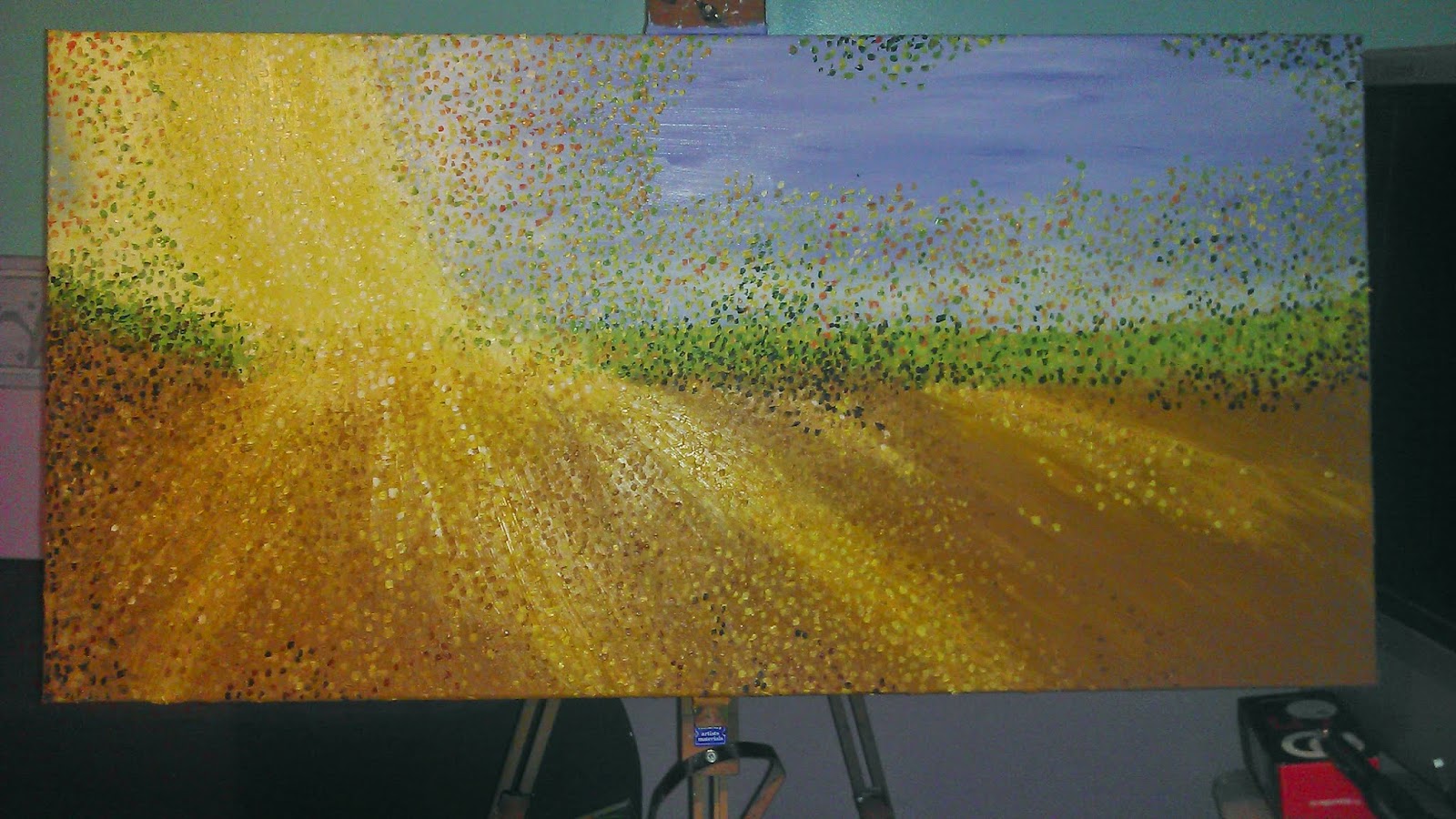 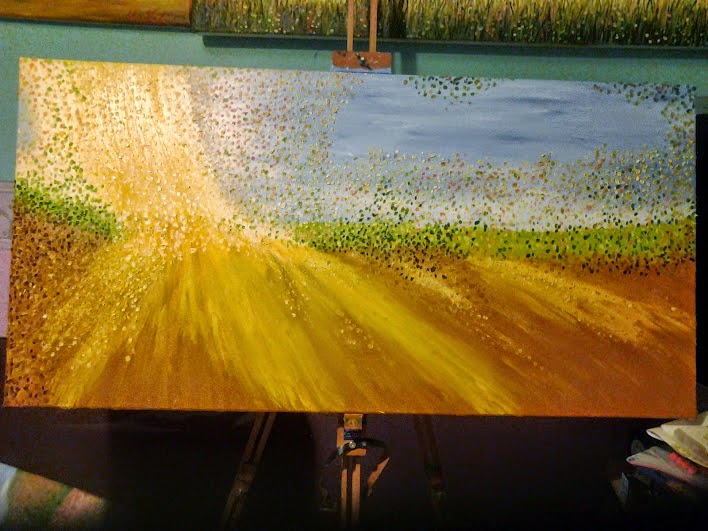 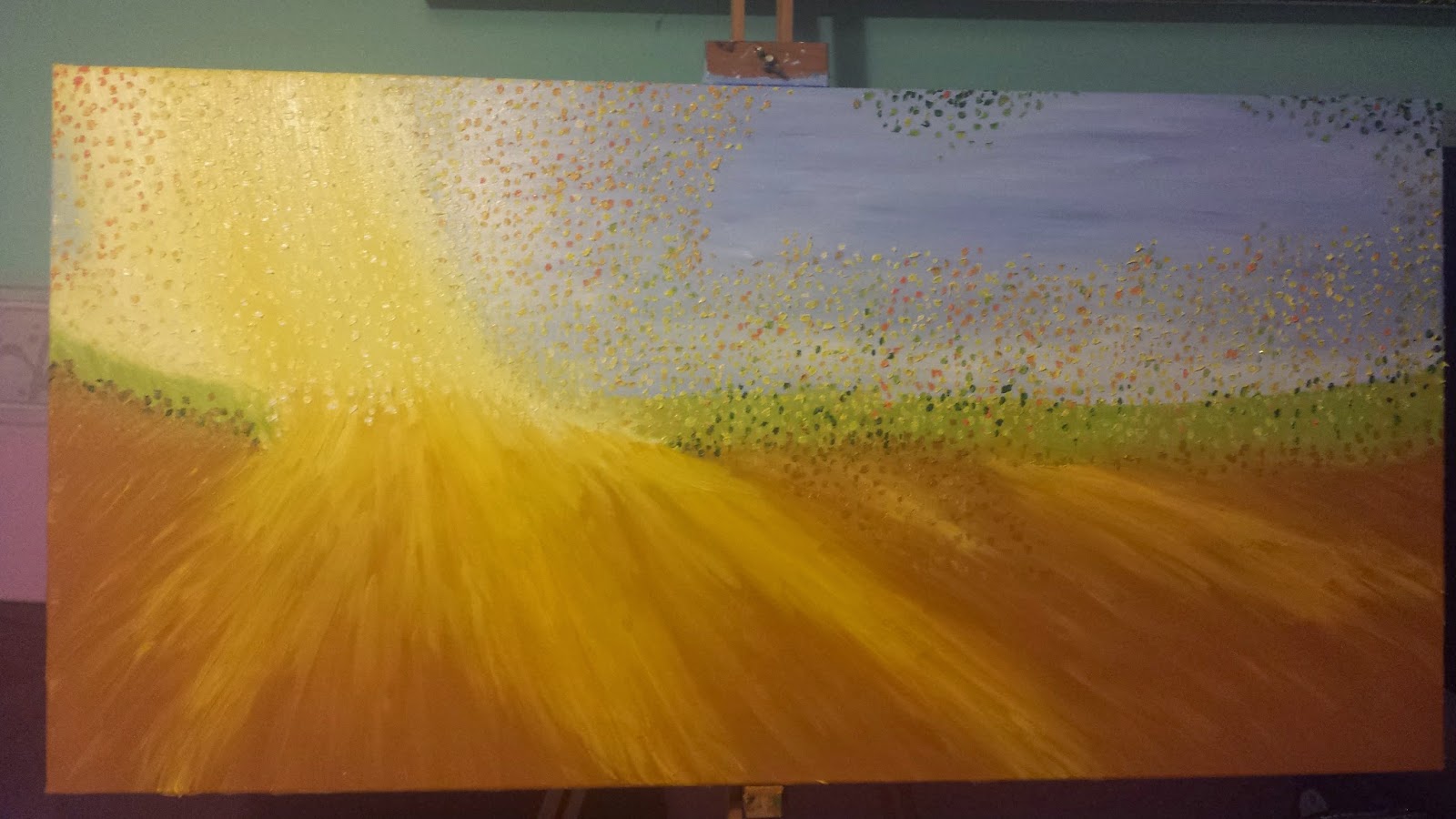 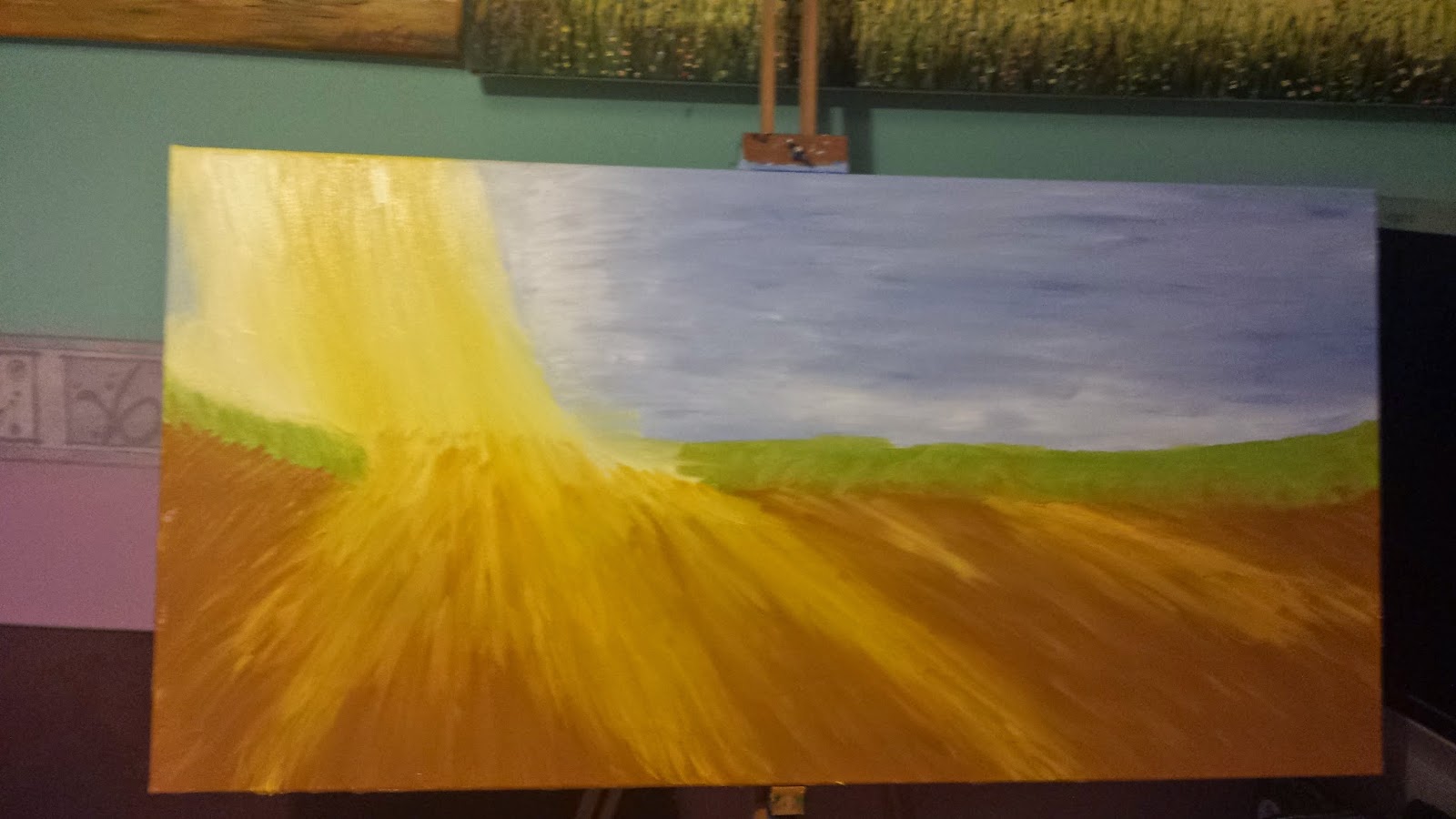 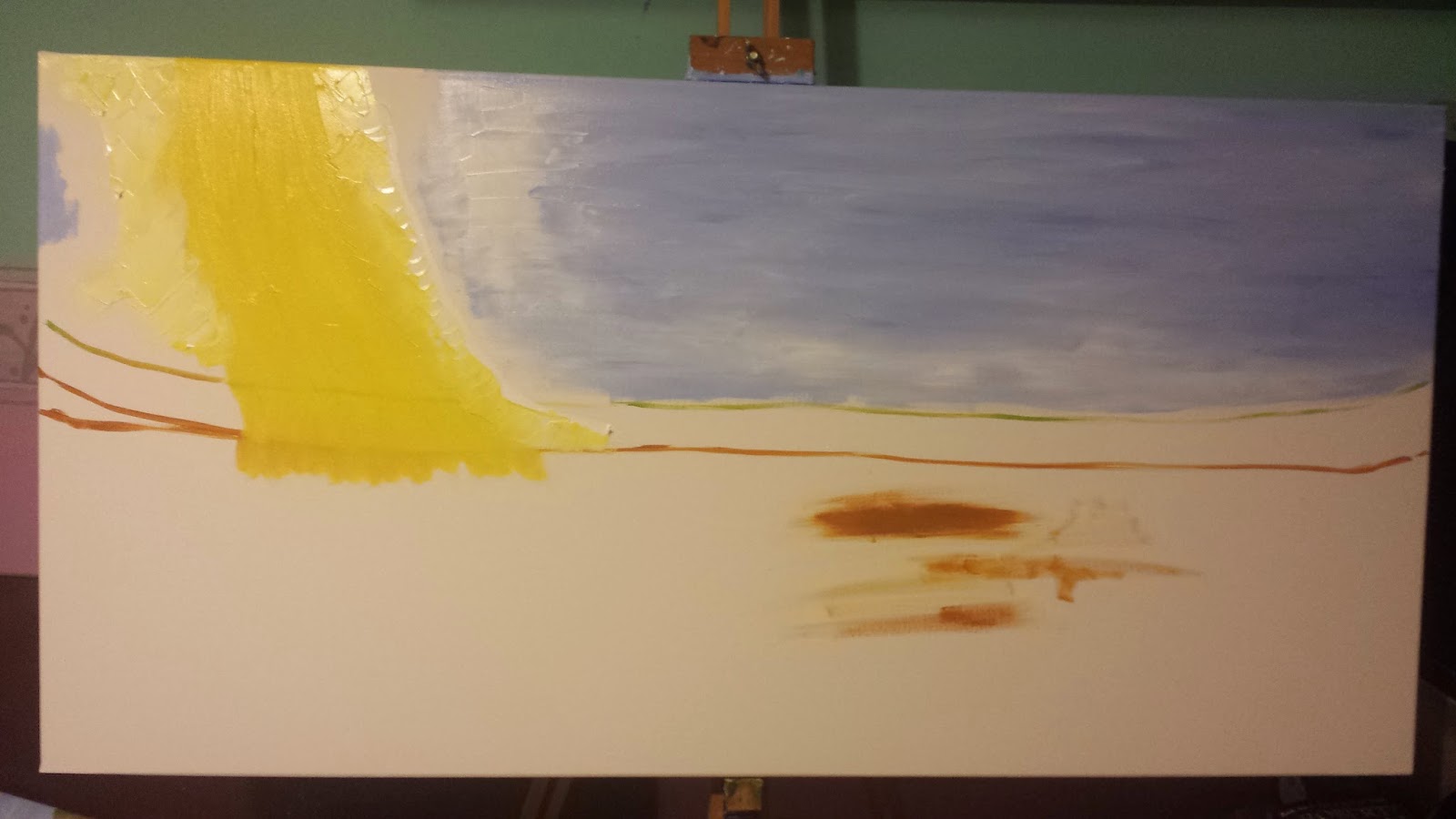