With the autumn approaching the sun is leaving it a little later to wake up! Driving to work in the morning I have been treated to several very nice sun rises, on 23rd of September i was leaving for work a little later than normal and managed to catch the Sun rising over Ogmore and Southerndown from the harbour in Porthcawl over looking Coney beach, fortunately I had my camera and go a couple of very good photographs (see photography section at www.nicholasjohnart.com )
Well now that I have finished my Colourful Forest I thought it would be good to make a start on painting the sun rise. 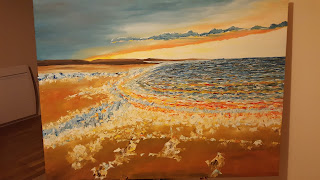 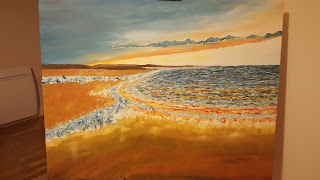 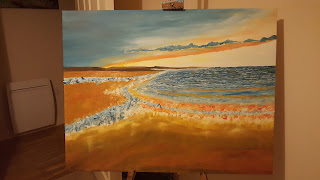 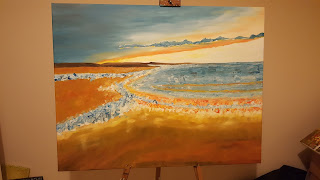 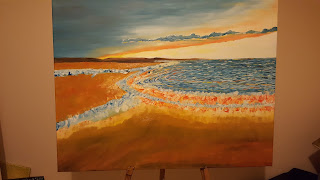 10/10/2016 - I wasn't 100% sure that the sea and sand were working in this painting so I thought I would try something different and have attacked the painting with the pallet knife! Seems to be having the desired effect so far - lets see how it goes! 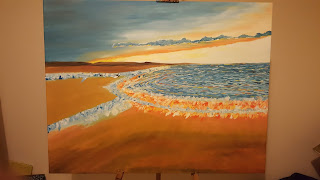 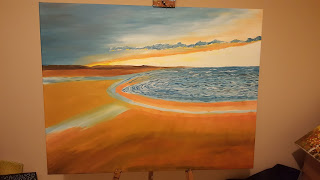 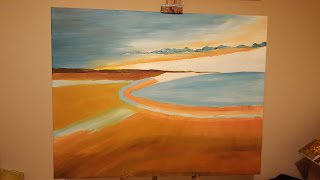 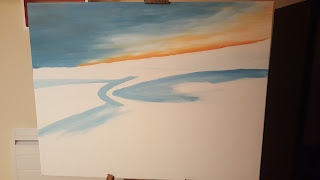 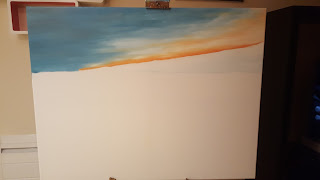