Well with the landscape a predominately yellowy brown colour I have been looking for other points of interests. So I think this is becoming a series of seascapes.
This one is Three Cliffs Bay in Swansea, a nice secluded beach mainly due to the trek back to the car pack!!!

Well I need to have a look when the light is better and take more photos over the weekend.
Think its Finished 22nd January 2015 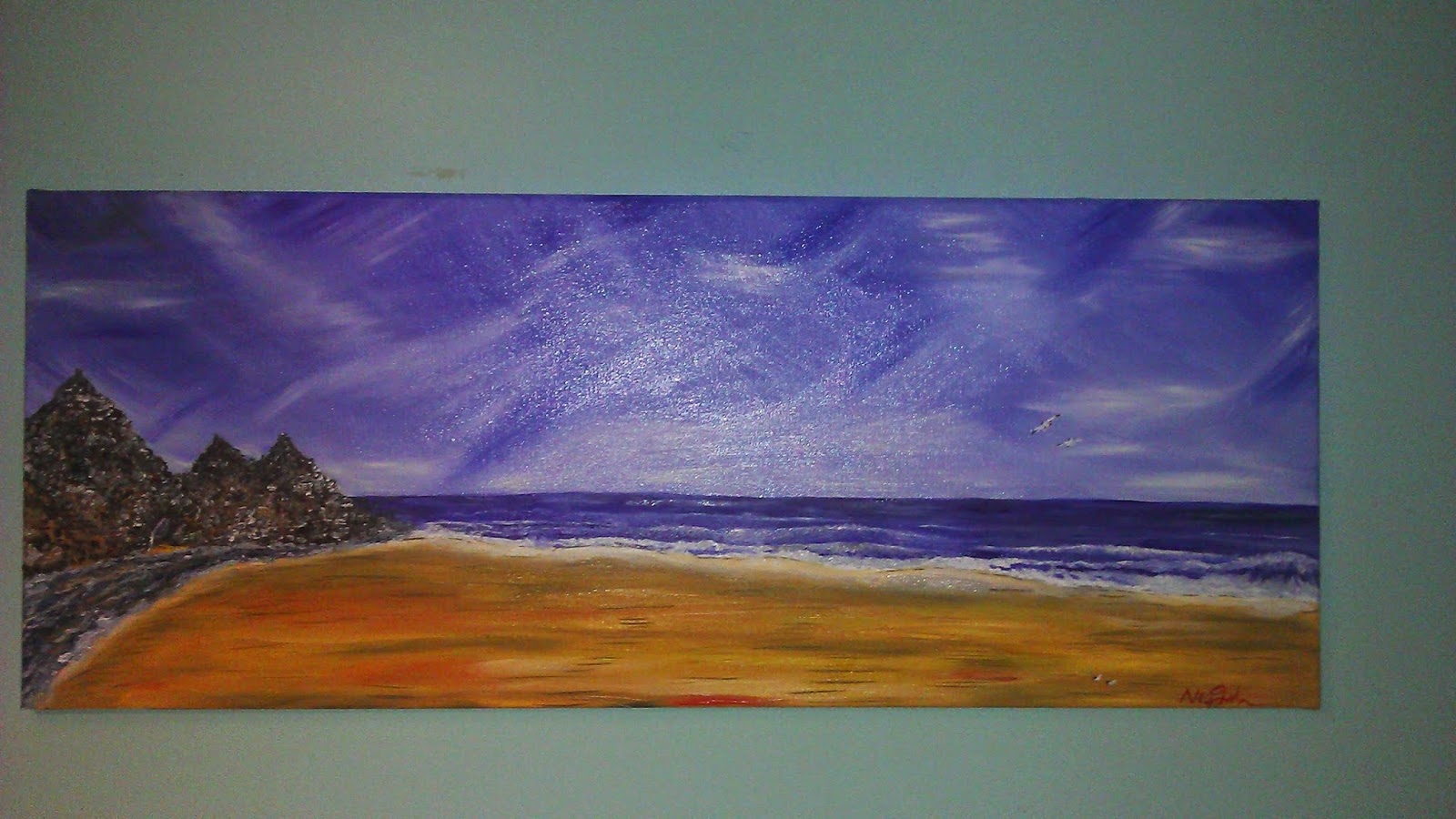 A little more on the Cliff face to finish off. Lets see how that goes tonight Update 21st January 2015 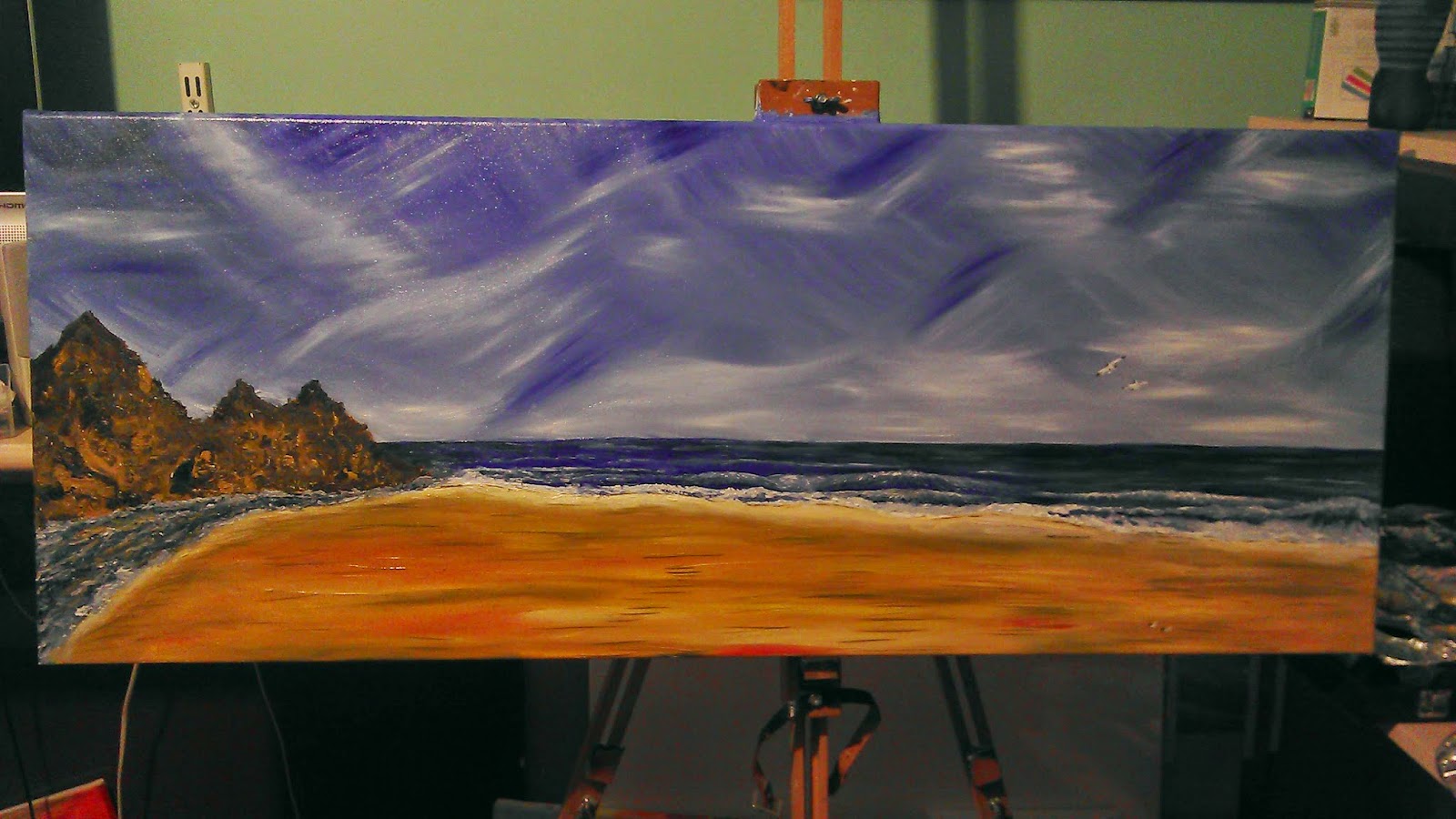 Weill after a weekend off, here's a little more update 20th January 2015
Should really leave details like the birds until the rest is finished, but like a child I cant wait :) 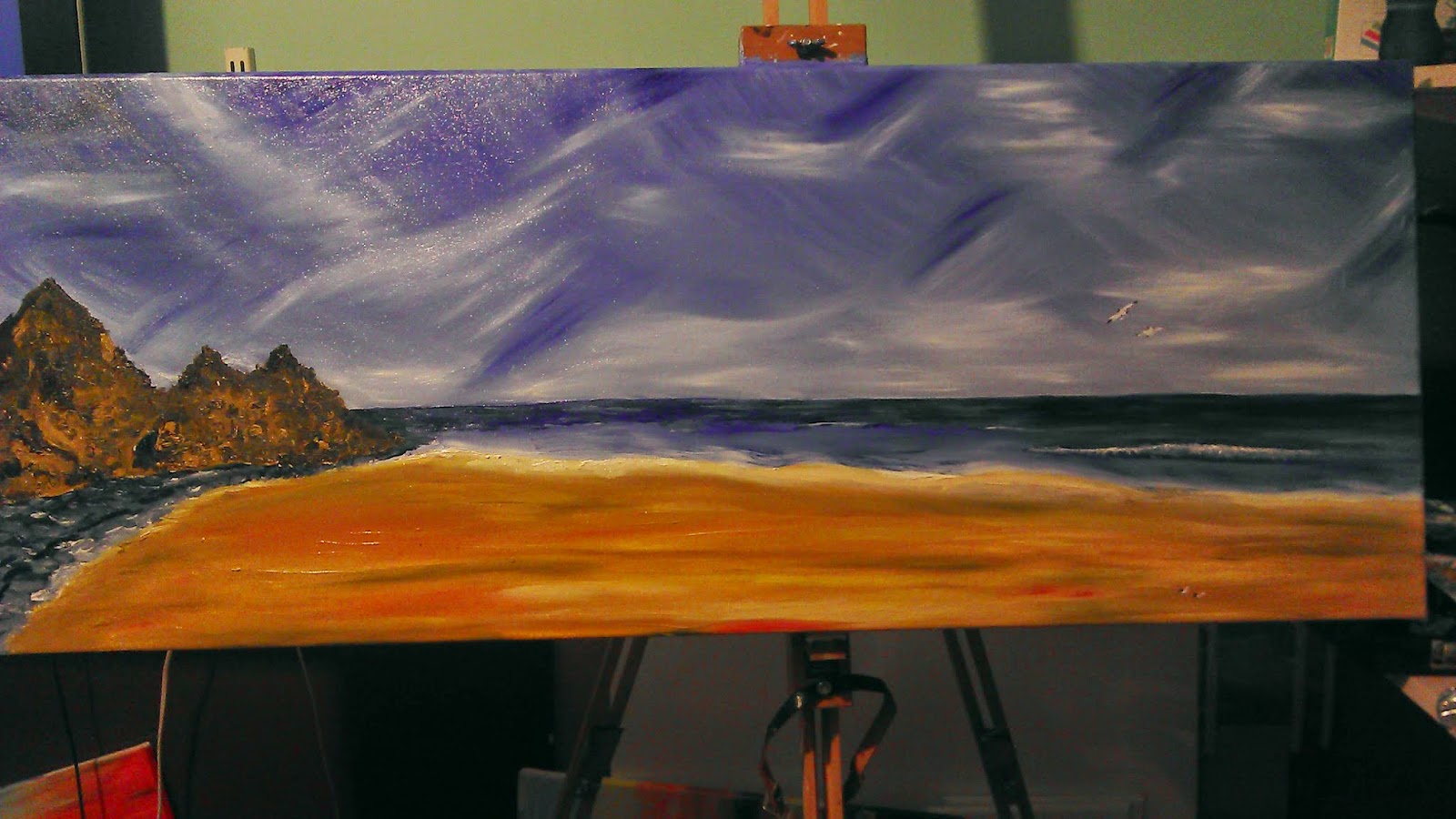 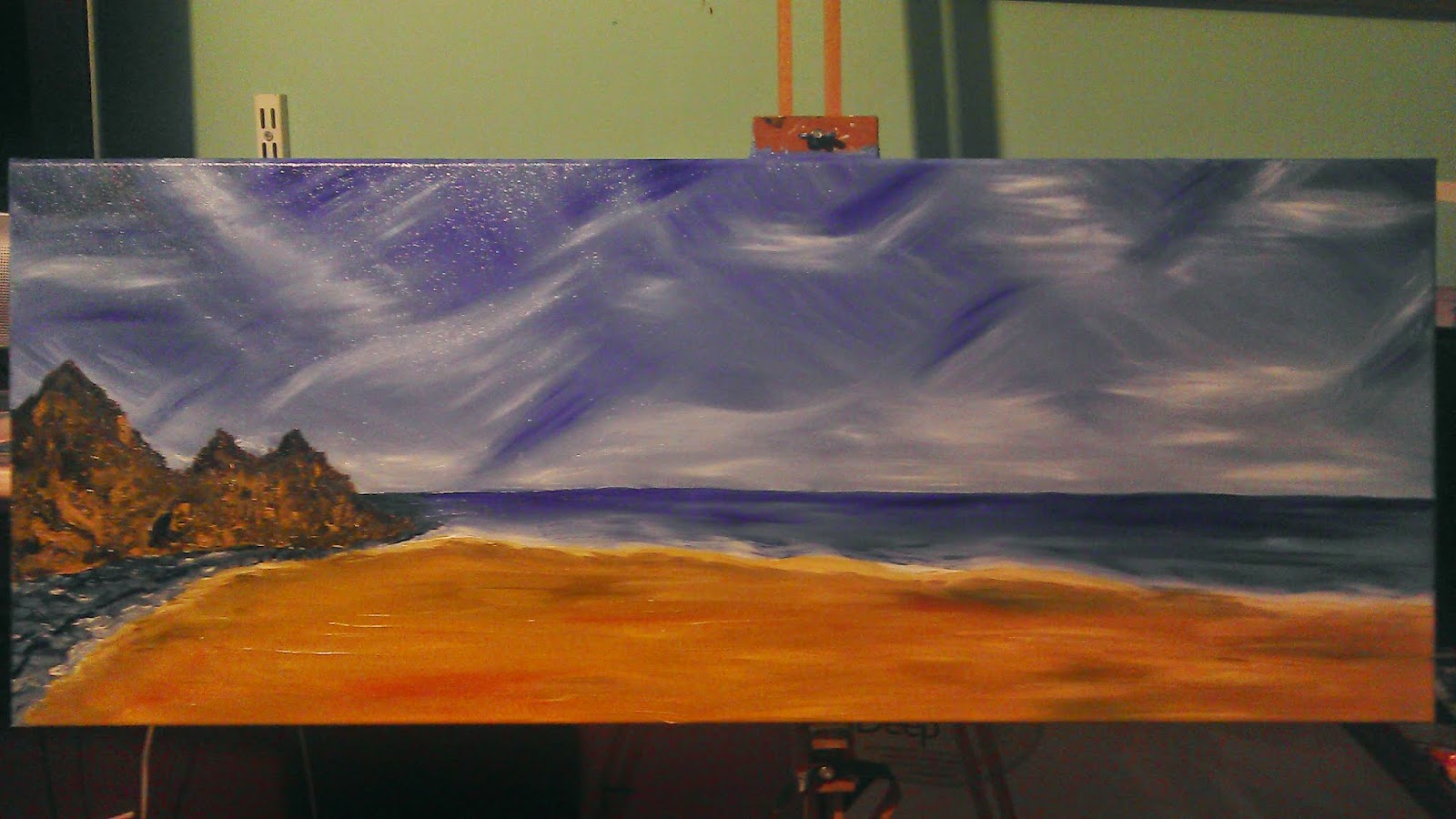 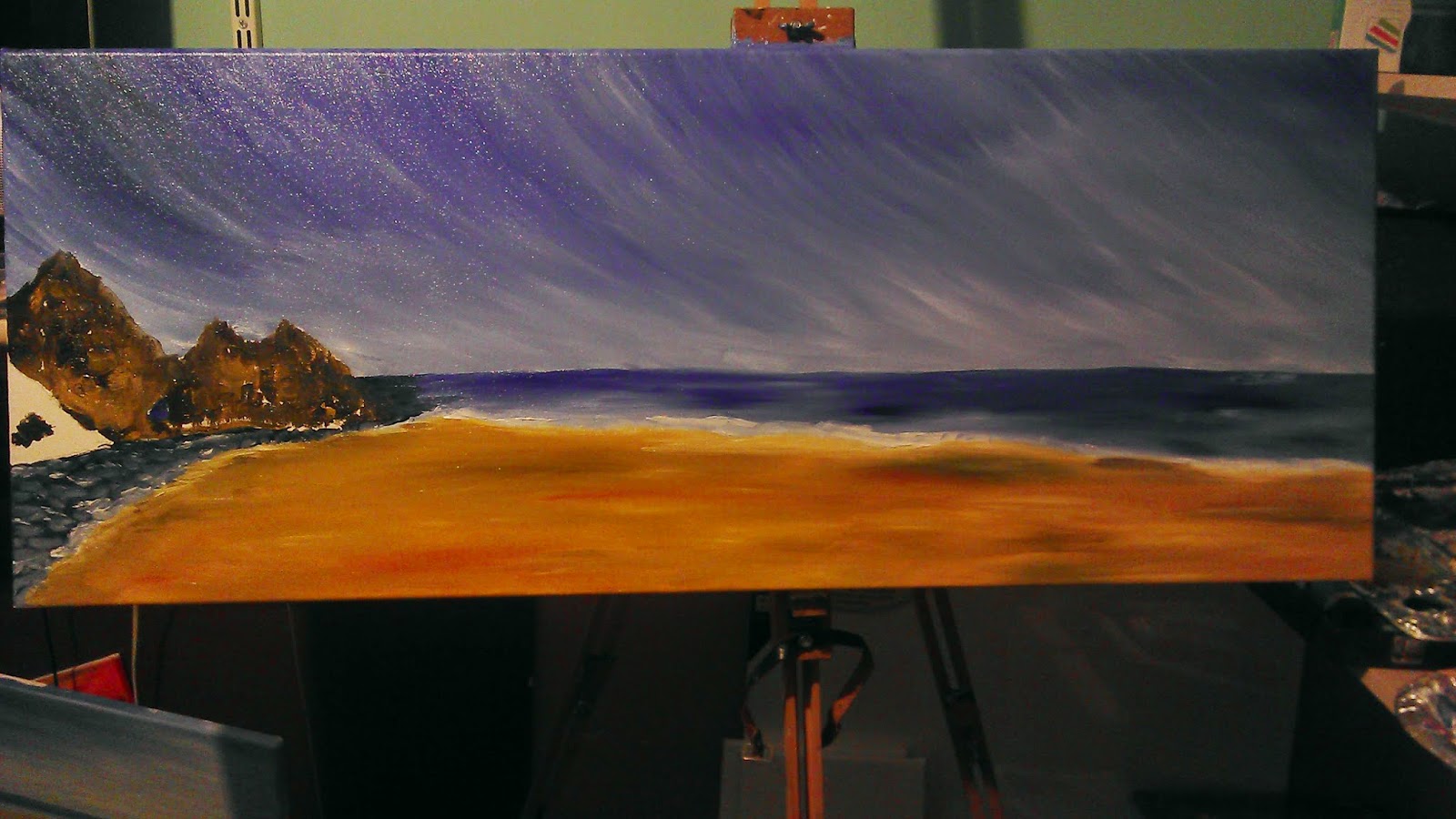 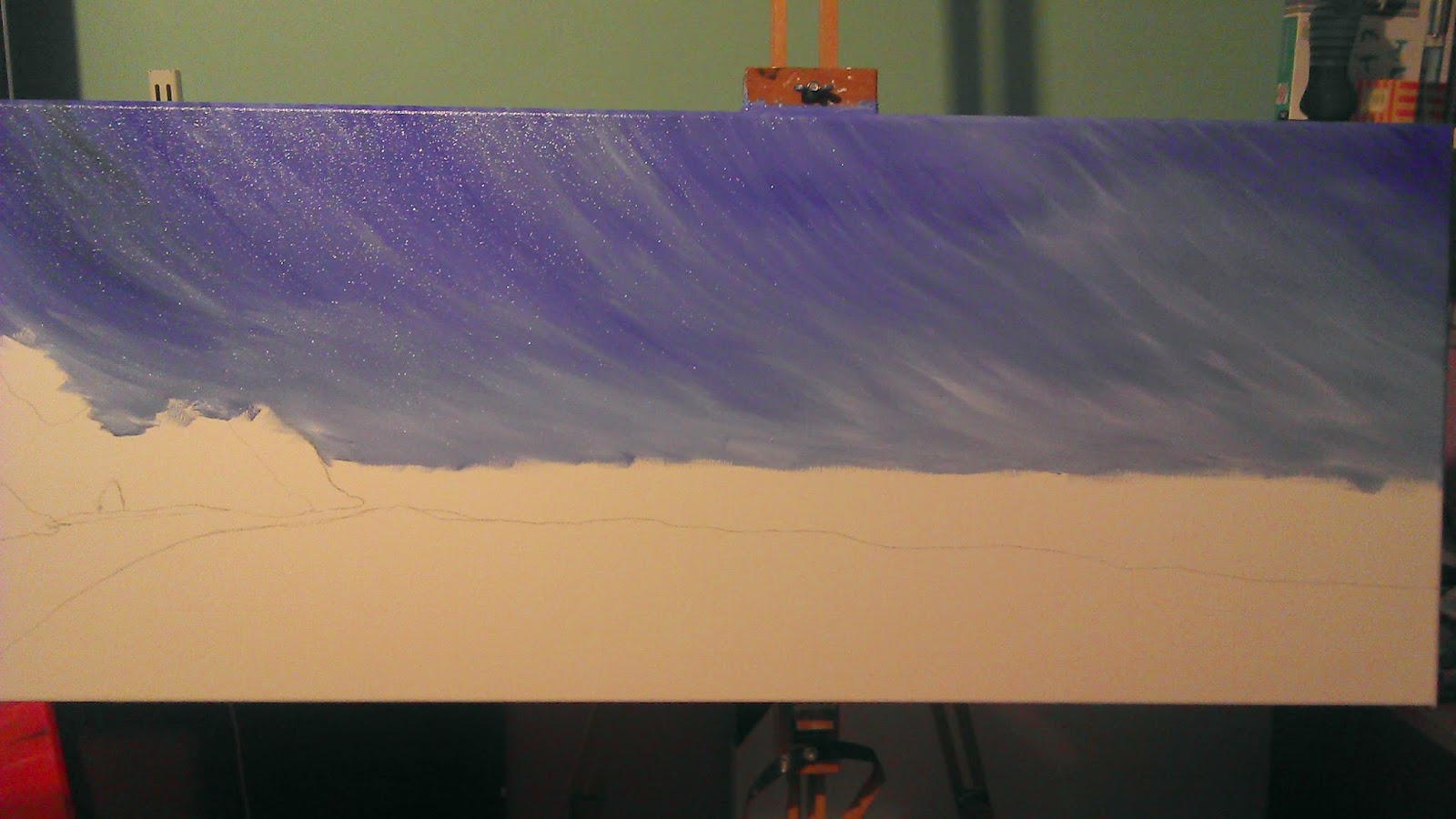 Posted by Nicholas John at 00:50 No comments:

I was asked before Christmas if I would look at painting Rest Bay - Porthcawl, from a photograph my friend had. I started work on this, before the festive season. However, with all the fun of the festive season this piece of work has been on ummmm .... hold!!! But now lets get back in to it :) 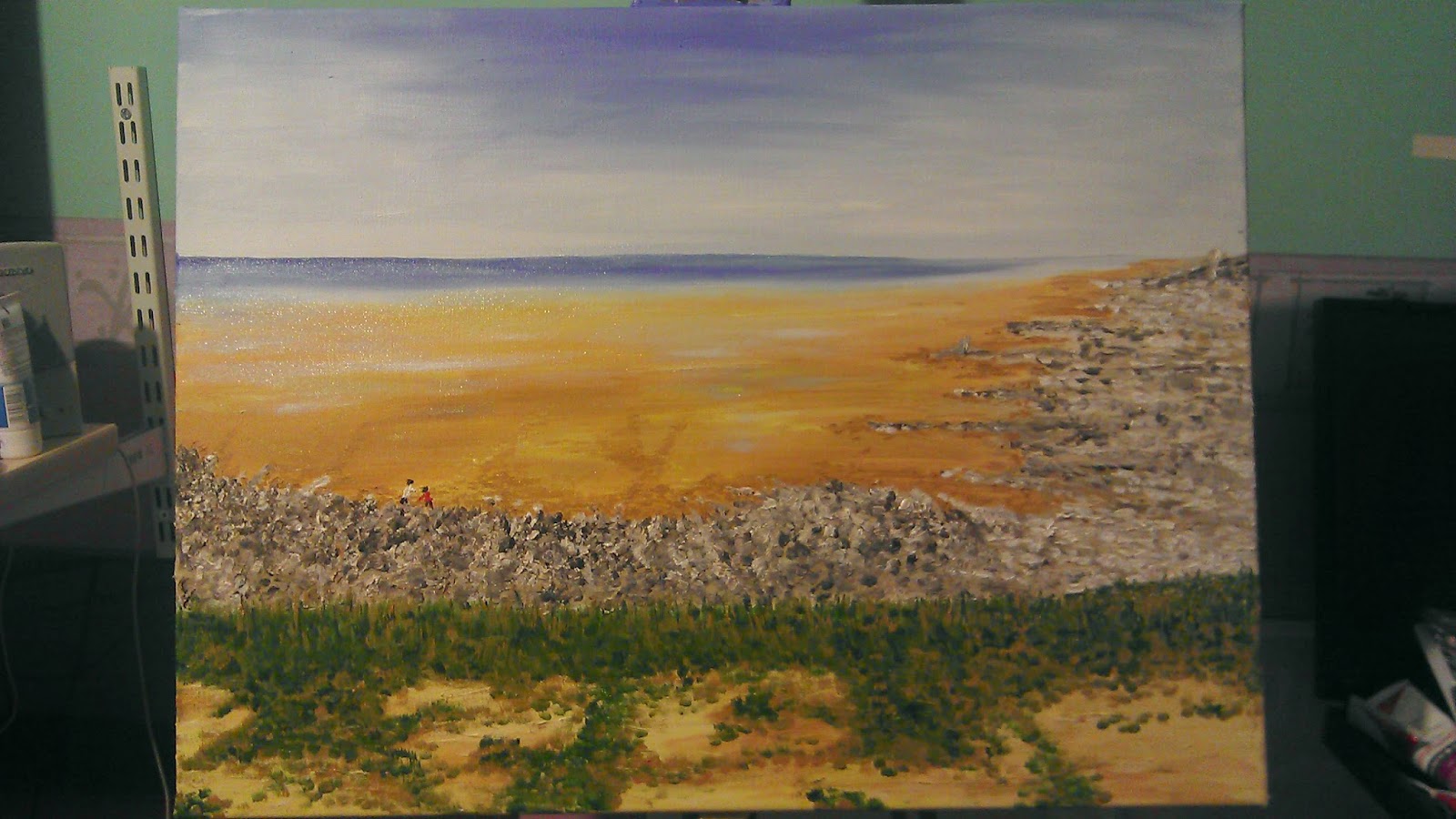 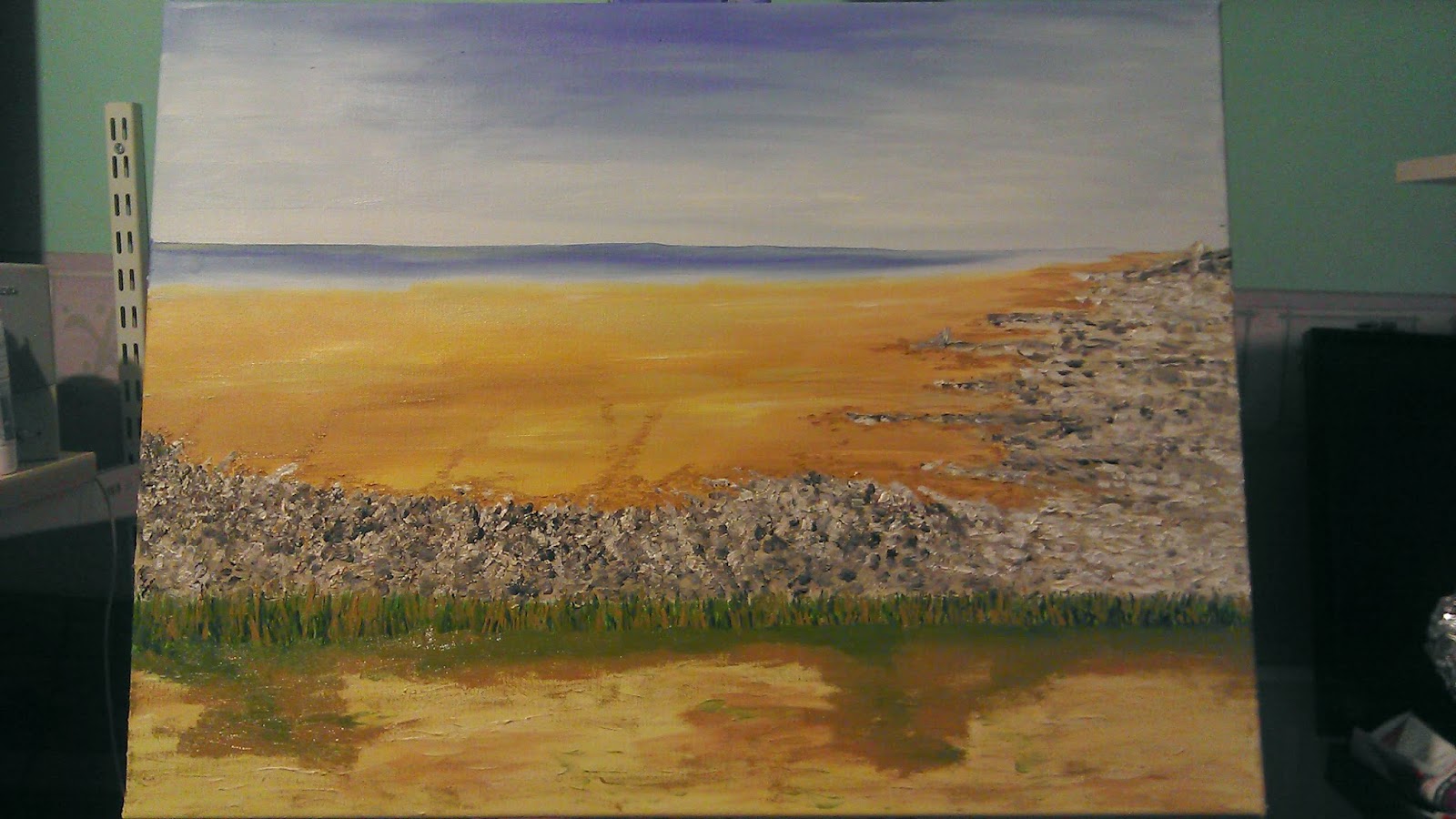 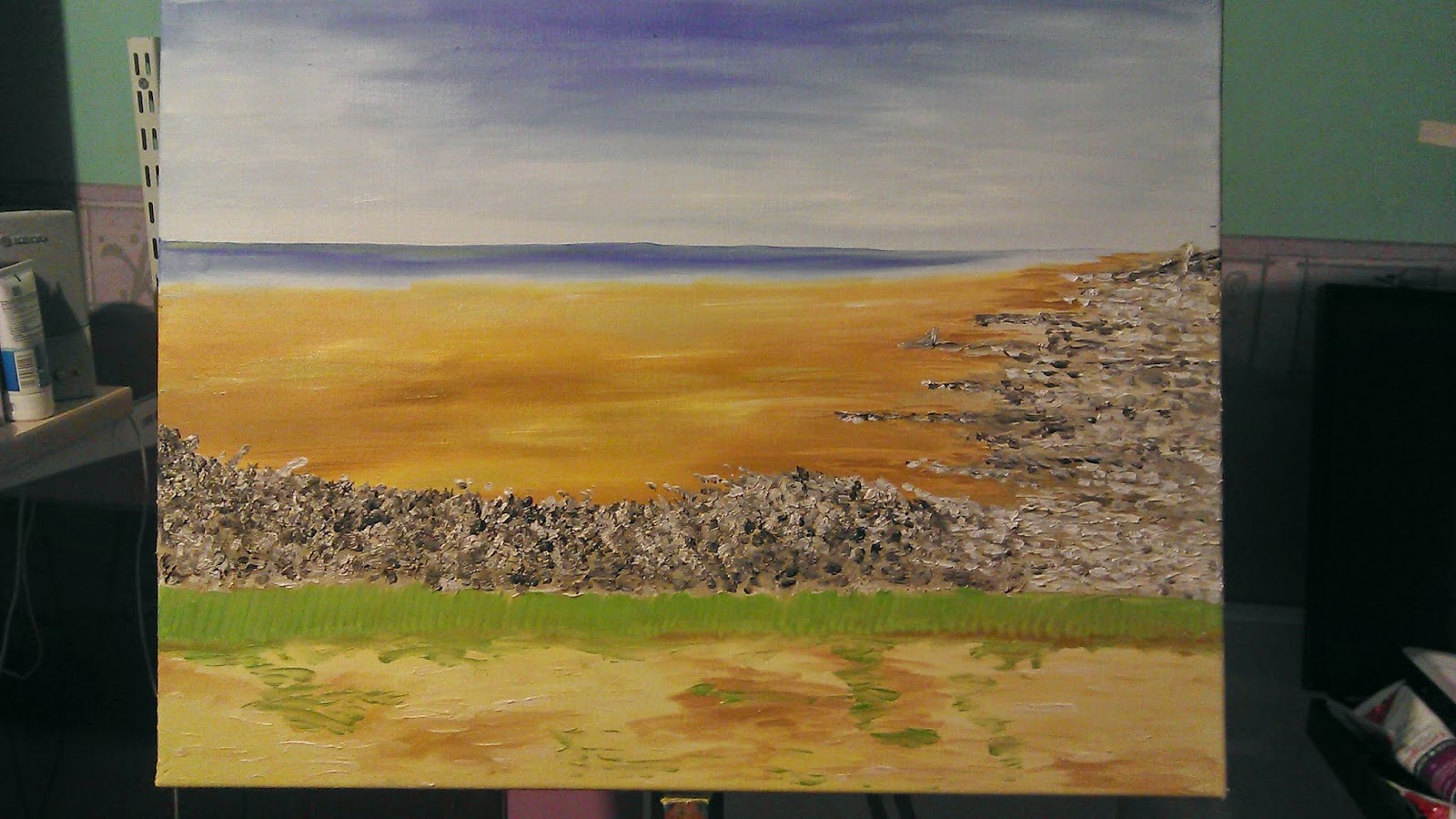 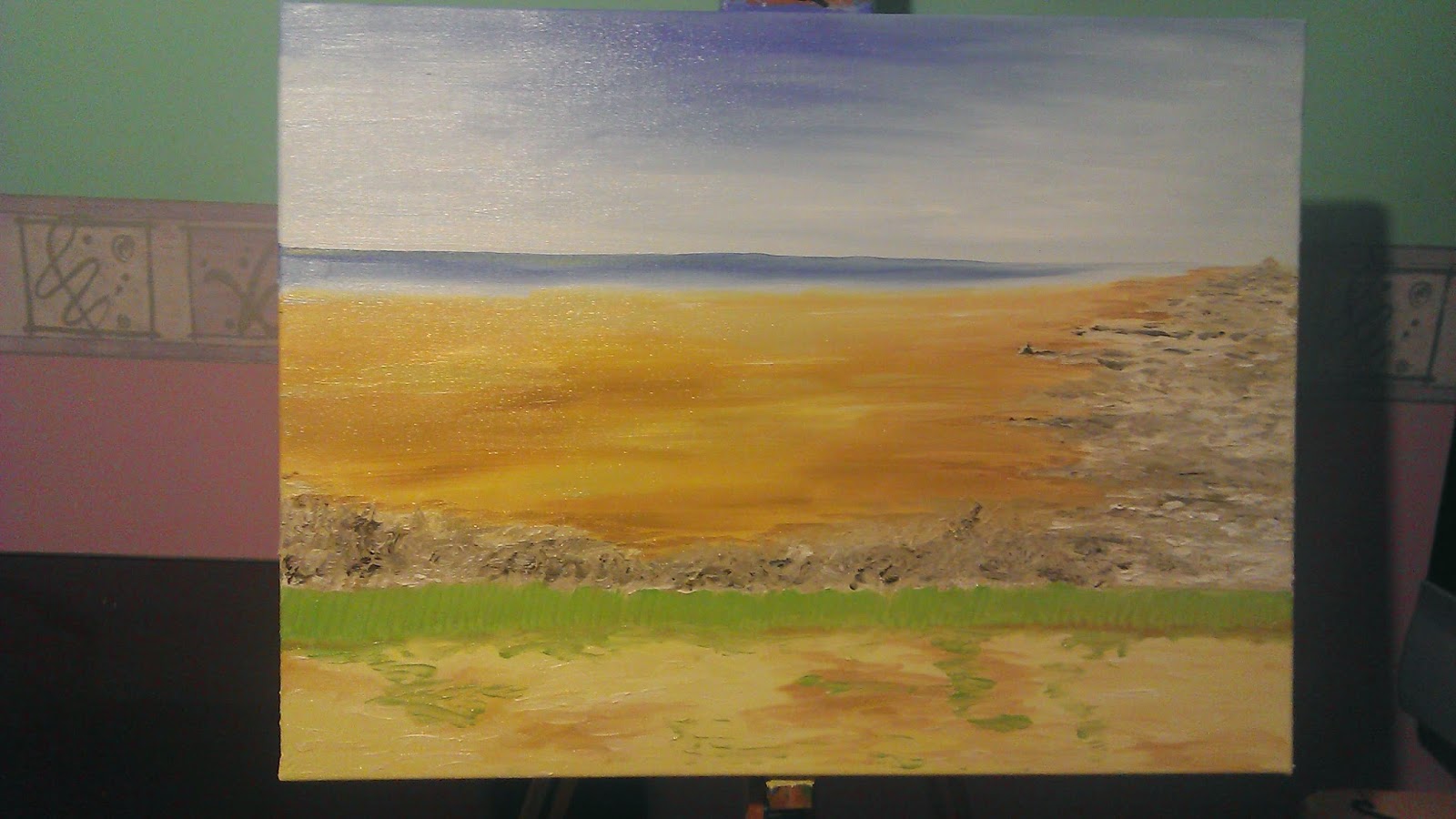 Posted by Nicholas John at 01:19 No comments: